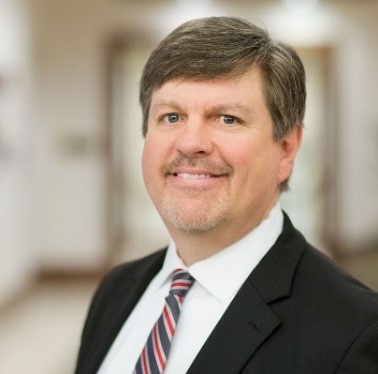 The Paycheck Protection Program (PPP) was the focus of several papers at this year’s Community Banking in the 21st Century Research and Policy Conference, and their findings were very much in line with the conference’s overall theme of industry resilience and innovation. The annual conference—sponsored by the Federal Reserve, the Conference of State Bank Supervisors (CSBS) and the Federal Deposit Insurance Corporation, and hosted by the St. Louis Fed—spotlights emerging research on issues important to the community banking industry and features keynotes by leading community bankers and regulators.

More than 250 bankers, economists and regulators participated in the virtual conference, and another 1,800 livestreamed the event that featured eight papers and several keynote addresses, as well as highlights from the 2021 CSBS National Survey of Community Banks (PDF) and a presentation from the college students who won this year’s CSBS Case Study Competition. Presentations for an additional three papers were prerecorded.

Spotlight on the PPP
Three of the conference’s eight papers examined the impact of the Small Business Administration’s PPP, each from different angles. In “Government Loan Guarantees in a Crisis: Bank Protections from Firm Safety Nets (PDF),” Kansas City Fed economists Padma Sharma and W. Blake Marsh studied what factors influenced whether and how much banks participated in the program, and also looked at how the PPP affected banks’ balance sheets and profitability. They found that business loans grew substantially at many banks that participated, potentially offsetting a larger contraction in lending that would have heightened economic damage to communities. Although they found that the program was not particularly profitable for banks, it did provide much-needed income while profits were being squeezed by low interest rates on loans.

The second paper, “The Effect of the PPPLF on PPP Lending by Commercial Banks,” takes a deep dive into the Paycheck Protection Program Liquidity Facility (PPPLF), a Federal Reserve program that advanced funds to banks to make PPP loans, and examines its effect on PPP lending. Authors Sriya Anbil, Mark Carlson and Mary-Frances Styczynski, all of the Board of Governors of the Federal Reserve System, found that use of the PPPLF was associated with a statistically significant boost in PPP lending, especially for small community banks. The authors also posited that the PPPLF’s existence gave larger banks the confidence to extend PPP loans, knowing that there was a funding backstop.

In “Small Bank Financing and Funding Hesitancy in a Crisis: Evidence from the Paycheck Protection Program,” authors Tetyana Balyuk (Emory University), Nagpurnanand Prabhala (Johns Hopkins University) and Manju Puri (Duke University) looked at the distribution of PPP loans to businesses of varying sizes. Large borrowers received PPP loans earlier than small firms, supporting anecdotal reports that small firms found it more difficult to obtain loans in the program’s early rounds. They also found evidence that large and small banks preferred to lend to larger companies, unless a small bank had a preexisting relationship with a borrower. This result is consistent with other studies, as well as what we observe in the field: the interdependent relationship between small banks and small businesses.

Timely Takes
The in-depth examination of the PPP (and PPPLF) through these three papers was timely and informative. The researchers’ analysis confirmed much of what we heard anecdotally throughout 2020 and 2021 when the programs were launched: Community banks were active PPP and PPPLF participants, and the loans they made to small and large firms offset declines in other lending and the accompanying interest income at a time of very tight profit margins. Other papers about the importance of the community banking model, bank regulation and the unintended consequences of banking policy were also informative. We invite you to take a look at them—on video or paper—and the other conference presentations on our conference website, communitybanking.org.