Skip to main content
Have a CECL question? Email us at CECL@frb.org

CECL: Its Background and Objectives

DISCLAIMER: This article is intended to discuss the CECL standard relative to its application to banks, particularly state chartered banks that are members of the Eighth Federal Reserve District. It is intended solely as a reference and resource for those banks. The article does not represent official supervisory policy. 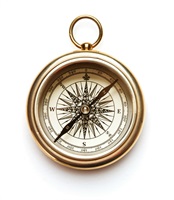 Given the long phase-in period for the transition to the current expected credit loss (CECL), the intent and objectives of the new standard may not be as apparent as they once were when the standard was first released in June 2016.

Since that time, the industry has enjoyed a sustained period of relatively strong asset quality. That experience has been quite different than the financial crisis of 2008-2010 that brought so much focus on the accounting rules for credit impairment.

Criticism of the current accounting models for recognizing and measuring credit impairment extends back several decades but was underscored during the financial crisis.

Specifically, the “incurred loss” rule for loans  was shown to be overly dependent on historical loss data. In addition, the requirement of a ‘probability threshold’ for loss recognition as well as the lack of clear forward-looking guidance had the effect of delaying the impact of loss provisions on earnings until well after a credit bubble and shock had occurred.1

This has been described as “too little, too late.”2  Prior to 2008, lenders enjoyed robust loan growth and a period of low losses. As such, lenders were justified in maintaining those valuation allowances at low and declining levels relative to loan volume -- even though loans were not aged, typically illiquid, and sometimes loosely underwritten.

In the aftermath of the crisis, both preparers and users of financial statements were critical of today’s “incurred loss” model’s failure to provide reliable information about an organization’s credit losses. This was true both for the period leading up to, and during the crisis. After extensive outreach, the Financial Accounting Standards Board (FASB) wrote and issued CECL to address the deficiencies that were identified in existing accounting guidance.

Further illustration of the history can be helpful in understanding the need for the new accounting standard. As the financial crisis unfolded, the incurred loss rule performed so poorly that investors and analysts began discounting balance sheets despite the fact they had been prepared according to Generally Accepted Accounting Principles. In short, the allowance for loan losses was viewed as a reactive measurement.

CECL will not prevent a financial crisis.  Rather, its aim is to address deficiencies in the reporting of financial information that is critical during times of economic stress. As the process of developing and issuing this new guidance has unfolded, both FASB and the banking agencies have reached out and responded to concerns voiced by stakeholders about challenges to transition to the new rule. CECL also streamlines today’s credit impairment rules, which extend across many standards, down to a single standard that covers the vast majority of credit transactions. Securities held at amortized cost, as well as loans, are within the scope of the standard. Actions taken by rulemakers to support an effective implementation, include: